A downloadable game for Windows

"It's a sobering thought, isn't it? To be able to look out your window and see the end of the world."

The world is on the verge of being consumed by the Fog, an ever-growing mist that corrupts and destroys all life within it. Unable to reach the source, humanity has no way to stop the Fog's growth. The destruction of the world is inevitable; humanity is at the end of its time.

In Asala, one of the few remaining settlements outside the Fog, two friends are on the verge of completing their training to become knights sworn to help weather the coming disaster: the cynical Aeyr Wilder and the kindhearted Mia Alacruz. However, catastrophic events soon destroy the very foundations of their lives, and they are forced to make the choice between their precious friendship and following the path they each believe is right. Their faith in their beliefs, and in each other, will be pushed to the limit as they decide what to save and what to sacrifice as the world collapses around them.

"There is no stopping the coming apocalypse. The only question remaining is: can humanity endure it?"

Prayer of the Faithless is a unique blend of traditional RPG and classic survival-horror gameplay. In addition to fighting enemies to level up, you must also scavenge the field to find healing supplies, as well as new gear that comes with their own skills and traits to further customize your party. Battles reward smart tactics and aggressive offense by tying stamina pools to both skill usage and damage reduction. Enemies are challenging, but an understanding of the options each character has available to them will take you farther than grinding levels will.

Each ally's personality traits affect their combat prowess and abilities. As the story goes on and the stakes are raised, these traits will develop (and degrade!) along with the character's mental state. You will get to truly understand how each character thinks and feels through conversations and battle performance, and see how the state of the world affects their morale and beliefs.

- An apocalyptic story with 4 different endings

- Two main characters, each with their own parties and playstyles

Warning:: Due to the nature of its setting, this game contains depictions of depression and suicide, as well as infrequent depictions of violence and gore.

In order to download this game you must purchase it at or above the minimum price of $9.99 USD. You will get access to the following files:

Prayer of the Faithless.zip 157 MB 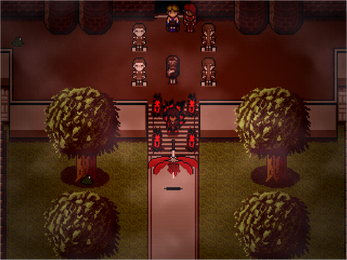 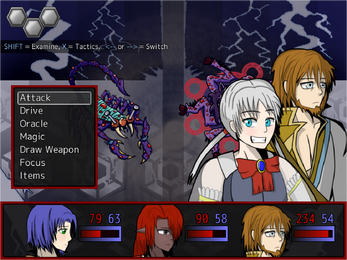 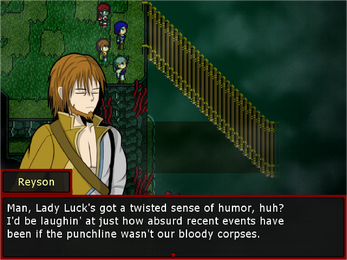